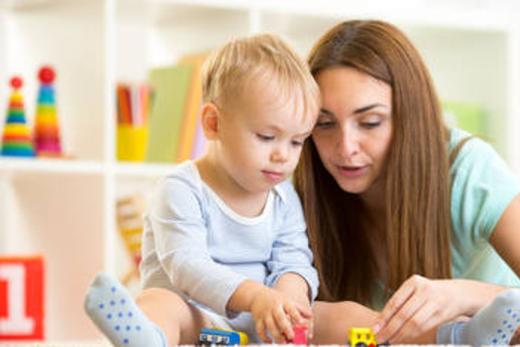 3 is a Magic Number!

During the first 3 years of life our brains grow the basic neural connections for skills that will be refined later. If children have delays it is imperative they receive therapy in all the domains in which delays occur BEFORE age three for the best result. Children develop the foundations for all self help skills (self care, communication competence, physical and mental persistence and attention) through experiences and training before age 3!

​In the first 3 years, babies grow brain connections that support all future development. Sometimes called the "critical period" of development, all important physical and cognitive skills have their foundations in synaptic connections formed in the first three years of life. At birth, each neuron in the cerebral cortex has approximately 2,500 synapses. By the time an infant is two or three years old, the number of synapses is approximately 15,000 synapses per neuron (Gopnick, et al., 1999). This amount is about twice that of the average adult brain! https://faculty.washington.edu/chudler/plast.html

When children reach this age about half of these hyper dense synaptic connection are deleted! What remains are those connections that have had the most use. These connections form the physical foundation for a child's skills and personality. At age 3, children may lose some skills for a short time as the brain goes through the process of picking what to get rid of and what to keep. This process of synaptic growth and pruning is repeated throughout our lives, but (generally) never gain with such a dramatic change in the amount of connections.

Early Intervention is up to Age 3 in New Jersey

In New Jersey the "Early Intervention (EI)" system provides therapy for children age birth to three years old. EI is State-provided therapy services where home or center based therapy may occur up to several times a week. Each State has its own criteria that allows a child to qualify for services. In most cases if a child's delay is not severe, they won't qualify for EI through the state. This does not mean that they don't need services!!!

By age 3 children's brains retain the stronger brain connections. These connections form the basis of all new learning. Children with delays/deficits should receive intensive therapy before age 3 to form the best cognitive and physical foundation for learning throughout their lives.